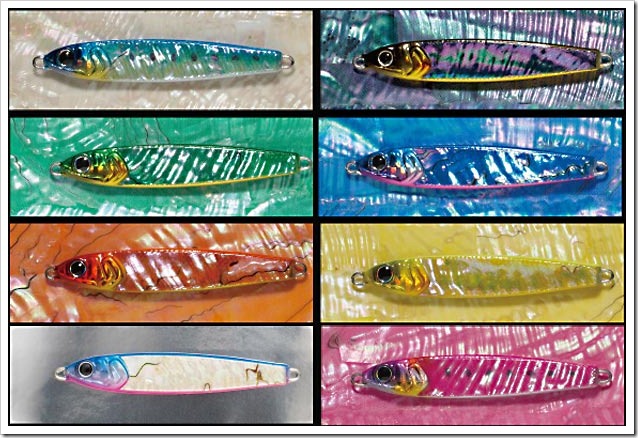 These packages or iridescent holographic adhesive film which is produced by the Japanese Awabi Honpo are produced especially to decorate the squid with an infinity of forms and very natural colors that are close to the iridescence of abalone, a species of large shell with a pearl inside. The sticker sheets are also available already die-cut and re-cut for small strip to be inserted as simulating the gills or small side fins on the body of minnow and hardbait in general. To apply the best adhesive film and then follow the more complex curves there is also a small photo tutorial very useful

Save products on your wishlist to buy them later or share with your friends.

This site uses cookies to enable a better user experience. By browsing the site you are consenting to its use.